Walden is Stupid is a series of 2-D animated films produced by Bolder Media and released by Starz Media and IDT Entertainment. It was distributed by Philips Home Entertainment.

Walden has become stupid and dreamed of wrecking Wuzzleburg. Buggy, Huggy and Earl try to stay alive and then Walden offers to collect marshmallow-shaped tablets for his Food of Doom.

The first film, Walden is Stupid: Not-Perfecto Party was released on YouTube in March 2012. So long after it gained many views the film will became a TV series to become the largest franchise around the world. The film contains Brazillian music from the Little Cars series, but also used clips from various Wubbzy episodes.

Season 3 - Gettin' On the TVEdit 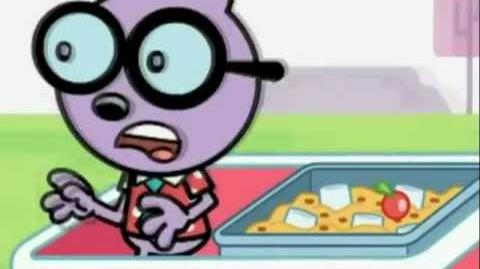 Walden is Stupid - Not Perfecto Party
Add a photo to this gallery
Retrieved from "https://wubbzyfanon.fandom.com/wiki/Walden_is_Stupid?oldid=5863"
Community content is available under CC-BY-SA unless otherwise noted.